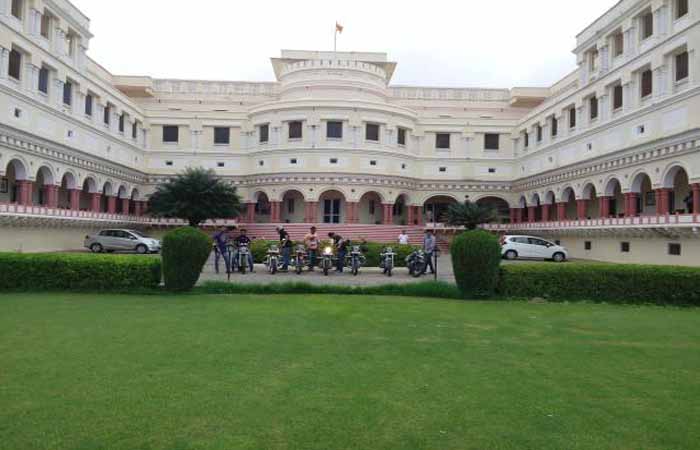 Alwar is a where the journey of the Fairy Queen ends! The oldest working engine in the world and one of India’s national treasure, Fairy Queen leads a train from Delhi encampment to Alwar in Rajasthan. The engine was built in 1855 and acquired by the Eastern Indian Railways from a British firm. The train that harnesses this engine is now used for tourism.

The Bala Qila (young fort) was built on the foundations of a 10th century mud fort and is a towering structure set atop a hill. Strong fortifications, graceful marble columns and delicate latticed balconies make up the fort. Bala Qila can be entered through six gates, namely Jai Pol, Suraj Pol, Laxman Pol, Chand Pol, Krishan Pol and Andheri Gate.

Built in 1793 AD by Raja Bakhtawar Singh, the City Palace is an amazing mélange of the Rajputana and Islamic styles of architecture. The highlight of this palace are graceful marble pavilions set on lotus flower bases in the central courtyard.

The Palace Museum is a must-visit for anyone with an interest in the opulent life and lifestyle led by the Maharajas of Alwar. Rare manuscripts, including one depicting Emperor Babur’s life, Ragamala paintings and miniatures and even historic swords that once belonged to Muhammad Ghori, Emperor Akbar and Aurangzeb can be found here.

This spectacular tomb, which is a combination of domes and minarets is an artistic marvel. Constructed from high quality sandstone, its massive dome can be seen from afar and is a blend of Hindu and Muslim architecture. It is dedicated to Fateh Jung who was a kind-hearted minister of the Mughal Emperor, Shah Jahan.

One has Maharaja Sheodan Singh to thank for this attractive garden that was conceptualised and constructed in 1868. A picturesque place, locally known as Simla (the Summer House) was added to this garden to provide respite from the blazing sun.