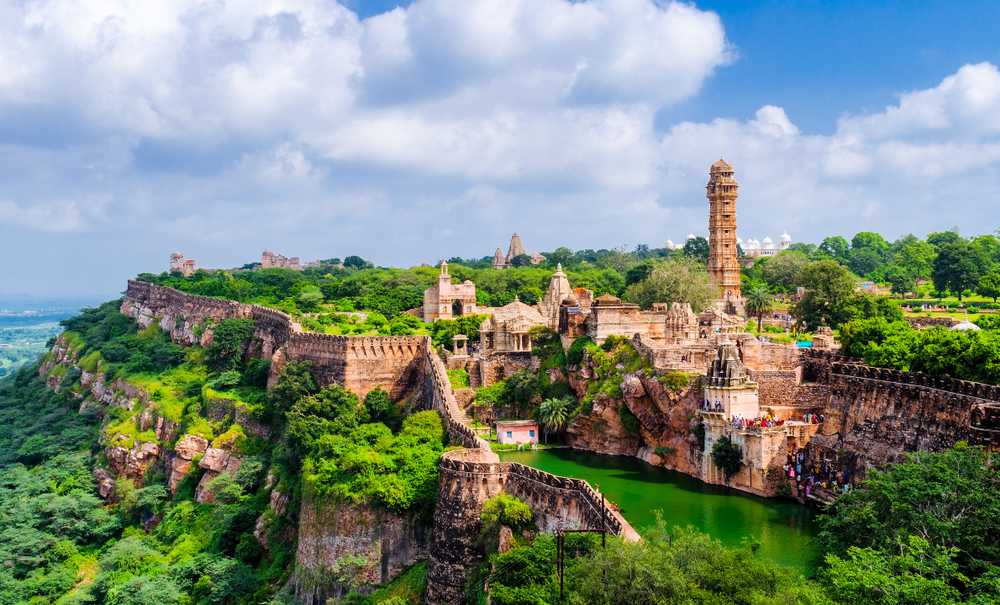 Chittorgarh, also called Chittaur, from the 7th century to the 16th, was the capital of Mewar under the Rajputs. Chittaur witnessed both the ravages of war and the triumphs of the spirit. Allaudin Khilji who coveted Queen Padmini of Chittaur, invaded the city in 1303 A.D. Queen Padmini and the women of the court sacrificed themselves in a pyre of fire rather than submit to anybody. The city stands strewn with monuments and battlements as evidence of the blood and gore that it went through in medieval times.

Chittorgarh (Chittaurgarh) is the epitome of Rajput pride, romance and spirit. It reverberates with history of heroism and sacrifice, which is evident as it echoes with the tales sung by the Bards of Rajasthan. The main reason for visiting Chittorgarh is its massive hilltop fort, which is a depiction of Rajput culture and values.

Chittorgarh fort is also called as Water Fort. The fort had 84 water bodies, out of which only about 22 exist today. These Include talabs (ponds), kunds (wells), and baories (stepwells). All the talabs have a natural catchment. The kunds and baories are located below the talabs, so that even the seepage from the latter is not lost.

Built in 1440 AD by Maharana Kumbha to commemorate his victory over Mohamed Khilji this 9-storyed tower is adorned by sculptures of Hindu deities around.

The ruined edifice of great historical and architectural interest, being the most massive monument in the fort of Chittaur, this palace was named after the greatest of the Sisodia’s.

To enter in to the Fort Of Chittorgarh, the person has to go through seven huge gates(Pol). Each gate is different in its name, built as massive stone structures with secure fortifications for military defense. Below is the list of these gates: