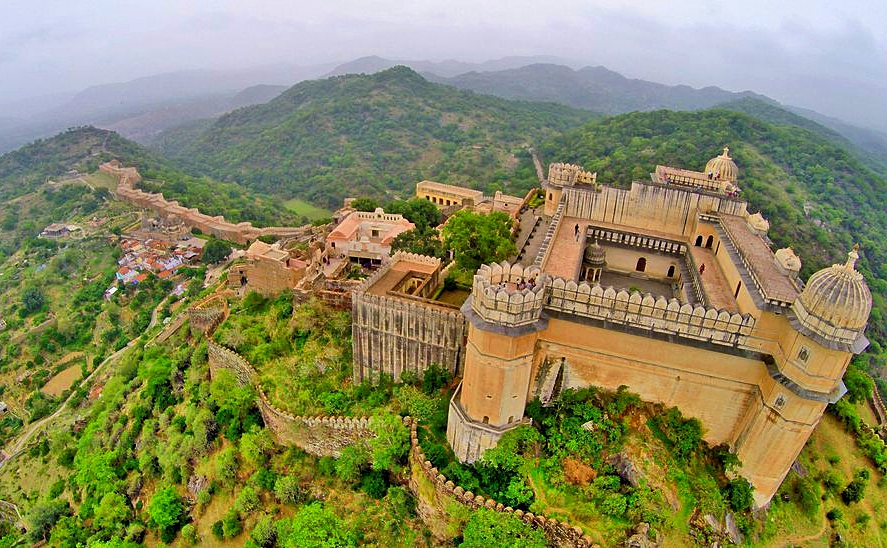 Located 84 kms north of Udaipur in the wilderness, Kumbhalgarh is the second most important citadel after Chittorgarh in the Mewar region. Cradled in the Aravali Ranges the fort was built in the 15th century AD by Rana Kumbha. The inaccessibility and hostility of the topography lends a semblance of invincibility to the fort. It served the rulers of Mewar as a refuge in times of strife. The fort also served as refuge to King Udai of Mewar in his early childhood when Banbir killed Vikramaditya and usurped the throne.

It is of immense sentimental significance for the people being the birthplace of Mewar’s legendary king Maharana Pratap. The fort is self-contained in all respect to withstand a protracted siege. Its defences could be breached only once by the combined armies of the Mughal and of Amber primarily for scarcity of drinking water. There is a magnificent array of temples built by the Mauryas of which the most picturesque place is the Badal Mahal or the palace of the clouds.